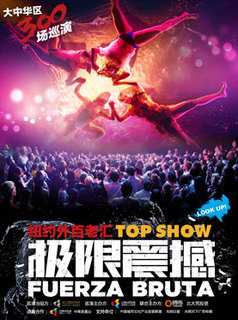 If you haven’t seen the interactive spectacle Fuerza Bruta in action yet, it can be hard to describe. It’s sort of like dreaming while you’re awake. Last year in Beijing, Fuerza Bruta gained high praise, here comes your second chance to enjoy this dream, June 6th 2014 at Xuhui Riverside Public Open Space, the early bird ticket only 480RMB, and now accepting reservation at en.damai.cn from April 28th 2014. 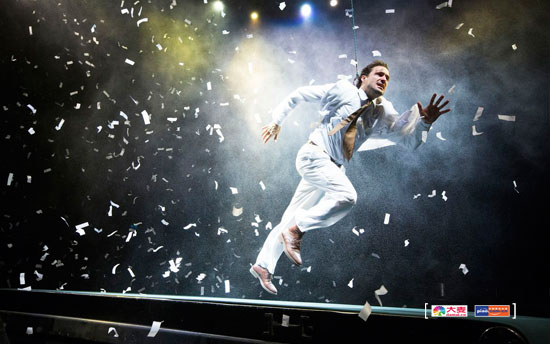 Fuerza Bruta is a postmodern theatre show that originated in Buenos Aires in 2005 and was created by Diqui James. It is also the name of the company that brings the show, formerly called De La Guarda. It is a very energetic spectacle under the motto "Brute Force", has interaction between the performers and the public, and is described as a 360 degree experience.

The show has been running downtown, Off-Broadway in New York at the Daryl Roth Theater since 2007. The New York cast has been extended to 16 people, and more than 500,000 people have seen the show. 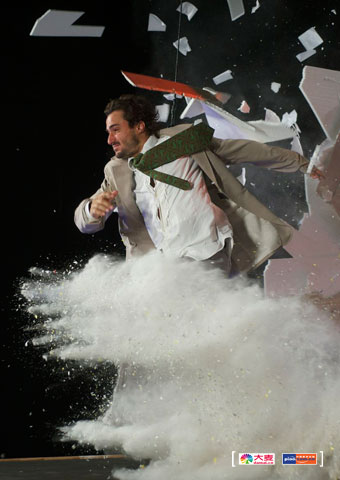 The show has since travelled over the world. It has been performed in Buenos Aires, Cordoba, Bogota, Queretaro, Miami, Chicago, Lisbon, Bilbao, Berlin, Moscow, London, Edinburgh, Antwerp and Madrid and is scheduled for Tel Aviv, Manila and Heerlen.