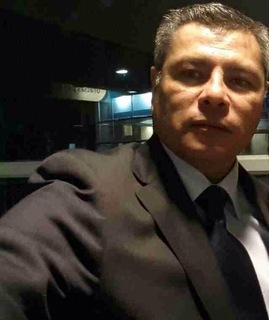 Looking toward 2030, I foresee six possible implications of the rise of China.

In the last three decades China´s rise has been one of the most salient and unexpected game changers. But less surprises will be coming from China in this next 15 years. People are more prepared and expectations are high. I don't foresee an abrupt change, but a slowing pace with ups and downs. China is entering in a new more complex stage and its success will depend on its capacity to deal with three main issues: adapt to global rules, innovate to improve productivity and govern a more complex society.

From a Latin American perspective, demand for natural resources (iron, copper, oil and gas, food) will persist, keeping prices up, but composition will shift in favor of food (agri and aquaculture).   Chinese exports will evolve to technological advanced products, investments in foreign companies (acquisitions, mainly natural resources) and financing infrastructure projects. China will also expand its role in global financial markets, using loans as a leverage for selling capital goods and spread their currency. China is understanding an adapting its policies to changing situations, perceptions and requirements from Latin American and other emerging countries.

India is a second major attractive country that will have a larger and younger population than China in 2030, increasingly educated, and a substantial middle class.

However, a feeling of a risky dependence on China´s imports, competition in manufacture and  lack of transparency is growing in many countries (especially Mexico, Brazil) The continued growth of China will prompt stronger actions in emerging and developed countries to prioritize innovation, technical education, and diversify markets and products with  new trade and investment agreements. All countries will dedicate more human resources to know and understand China’s culture, preferences, aspirations and internal differences. Notwithstanding, I project a growing relation between China and Latin America, and this relation will favor the economic and political relevance of Latin American region.

Additionally, the reality and perception of decline of the EU and the US will change in the next years when debt levels go down and growth picks up.

These factors anticipate that China´s expansion may face more competition and resistance than in the past decades.

China´s big push in education and research will pursue in the next 15 years. The impressive results in PISA (China -Shanghai heading the ranking, particularly in Math and Sciences), the increasing number of engineers, technicians, graduate students abroad (150.000 Chinese in 2012 out of 750.000 foreign students in the US), growing expenditures in R&D (soon surpassing the EU) and rapidly growing number of registered patents will favor China’s competitiveness and also may accelerate global technological change. Intense connectivity (600 million using internet and probably 1000 million in 2030, over 10.000 Km already of high speed trains) will considerably increase productivity, especially in services.

It is difficult to foresee the speed and impact of this evolution, but, most probably, China will emerge as a relevant innovator in 2030, with new products and processes.

Due to the effects of global growth, public opinion, civil society and NGO´s will become major players. The increased awareness of the harmful consequences of climate change plus the impact on emissions provoked by rising consumption of new middle classes (amplified by the fight against poverty and inequality), will galvanize public opinion.  Natural disasters, food insecurity, water and energy shortages will increase, and citizens will become more active and interactive pressuring governments, the private sector and international organizations to impose new standards and harder controls to reduce emissions and improve conditions of vulnerable populations. The rise of China and other emerging countries will accelerate this process.

While It is difficult to foresee its dynamics with Western eyes, the Chinese political system will face complex obstacles ahead.  Governing such enormous population and territories, with ethnic (56 etnias), religious ( 30 million Moslems), cultural, economic differences amid a rapid urbanization and increasing physical and digital connectivity will be a great challenge and the first priority for China. Domestic progress and rapid growth are critical for ensuring internal unity and governance. The complexity of this task raises when education improves, middle classes demand new rights, regions request more autonomy, and connectivity escalate aspirations for freedom and transparency. Expectations will grow and the will to participate in decisions.  Unexpected events may happen which could absorb most of the Government and the Party attention and energies.

One implication of this priority placed on domestic challenges is that China may not challenge the existing liberal global economic system, and will collaborate to the world order in the next 15 years.  China will not compete with the US leadership in solving international conflicts. The US will continue to be critical but not dominant. The EU, expert in consensus building in complex situations, could play a relevant role in world affairs.

The shift of economic power to the East and the South will continue, and a large number of new trade and investment   agreements will see the light, everywhere, especially in Asia.  ASEAN plus, RCEP, TPP, the Pacific Alliance (just launched with Mexico, Colombia, Peru, Chile and Costa Rica) are good examples. Countries will build different and flexible alliances. Global economic and political governance will become more complex. The TTIP and TPP will be important steps in designing and upgrading rules. But this will not suffice to substitute other emerging countries initiatives. The WTO should be revitalized and International Organizations reformed to better face global governance.

China’s capability to build coalitions is low, for its massive presence scares partners, and its political model does not represent an attractive reference to many emerging countries.

sing in the next 15 years. To avoid fragility of the global system and increase resiliency major efforts will be needed to harmonize rules and procedures..

Security challenges will change. First, they will shift to Asia (from the Middle East). Second, they will be triggered by internal conflicts, and less by interstate disputes. Third, new security issues will be increasingly global than national or local.

While the US will continue reducing its supply of oil from the M East, China will need to increase its supply from that region. The US will fear less threats to its security in the ME and China will be more interested in stabilizing that part of the world, helping negotiations and combatting extreme and violent groups. This is a positive trend.

In Asia, on the contrary, security disputes may increase. The US may fear being pushed out of East Asia, and other major actors (Japan, Indonesia, S Korea, Vietnam, Philippines) will feel their autonomy threatened.  China may also react against perceived attempts of isolation or containment. The most probable scenario is a mixed approach between the US and China: distrust and collaboration.

Unexpected events or mistakes can increase the likelihood of confrontation among Asian countries that may engage the US. But China is not the Soviet Union.  Asian countries should and can create in the next decades new institutional agreements to cope with security threats and enhance dialogue and negotiation among them. And the global challenges (Climate change, security of sea lines of supply, ciber security, fundamentalism, and terrorism- nuclear- bio, natural disasters, and humanitarian crisis from civil wars), will lead to   collaboration over distrust.

Also the cultural traditions of Confucius and Plato, the West and China, both oppose the logic of fundamentalism and  can favor a collaboration.

To me I believe China is going to change both its methodologies in dealing with domestic and international affairs. Domestically the country is putting more emphasis on the role of the market, giving more space for private capital. This is a must-do given that the honeymoon period for government-led high growth is ending with many serious financial and social problems. Therefore I think the world could anticipate a bigger and more open market from China which would be a major destination of many countries' export. If the market is successfully boosted then I believe China would also emerge to build better legal framework, better protection of property rights, and a more fair justice system which would all lead to better convergence and accordance with the international community naturally.

Internationally I believe the leadership of China will become more and more active and savvy in diplomatic/political issues. It will continue to seek more authority and involvement in the decision-making of major international schemes like climate change, global security, international trade pact negotiations, etc. It is very important how China position itself in the contemporary international system. I think it will keep 2 principles, or 2 key messages: 1) China is a trustworthy friend of all the developing world and is willing to take responsibility and contribute to the overall growth and prosperity of all developing countries; and 2) it does not have the interest nor the capacity to become the world leader like US, and it seeks to develop better cooperation rather than conflict with the developed partners. It will reflect on its problematic presentation of itself in diplomatic strategies and develop better guidelines to seek solidarity among other developing nations. On the economic side, foreign investment should continue to increase and will probably see more private activities than state-owned enterprises once the domestic market gets more liberal.